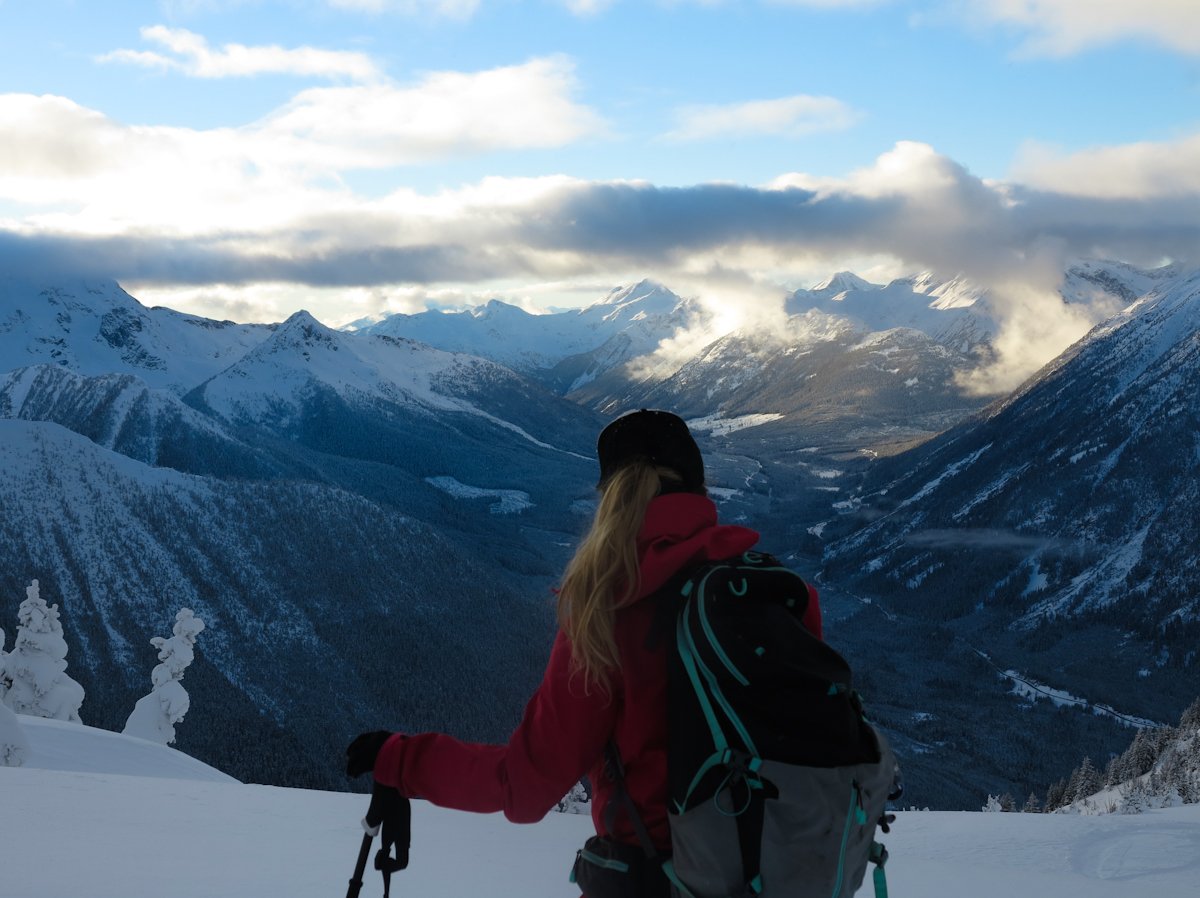 Well I maybe stuck on my couch sick for New Years but this year has been so amazing that I don’t feel the need for a drunken send off. Instead I have chosen to write my last blog post of the year and publish my website which was on my list of top 15 things I wanted to do in 2015.

Early this week my buddy Vince and I decided to escape the crowds in Whistler and head into the backcountry to find some fresh snow and recharge. We left Whistler a little later than expected but hit the skin track up just in time to drop off off our heavy gear, eat some lunch and do a lap in the alpine. As we reached the ridge line we could see the sun going down over the Duffey and although my body was tired it reminded me why I get out and tour. The feeling of reaching the summit and getting those views is the beyond rewarding and the turns that follow are icing on the cake. I live for this feeling and I will continue to chase it for as long as I can.

As we skated back to the hut we  were staying at, we learnt that it would be housing 13 people for the night and an additional 3 who were tenting. Between Vince and I ended up knowing 8 of the individuals which made for an amazing night of sing alongs and life chats that made the others feel right at home.

With the volume of people Vince and I decided to get up early so we could make breakfast and get our gear together without having to move around people. With my legs feeling refreshed from the nights rest we reached the alpine a lot quicker and got in some awesome laps.  I am so thankful to have had someone with more experienced in the back country with me while I was fussing with my new gears and who could mentor me through the terrain.

As we reached the summit the second time it was amazing to hike up the ridge and look down and see people skinning up. There was one crew ahead of us that were taking a more aggressive route down so Vince and I watched from above as they dropped in. We were both extremely jealous but knew we would have to learn the terrain more before we were able to follow their lines.

For me, the most memorable part of my trip, was being around a collective group of  solid indiviuals who were out there chasing the same thing. As we dropped into our last run on the ridge I got some of my best turns I have had this season. We headed back to hut, ate lunch, packed our bags and headed up the skin track one last time to ski out and then alder bash our way back to the service road. 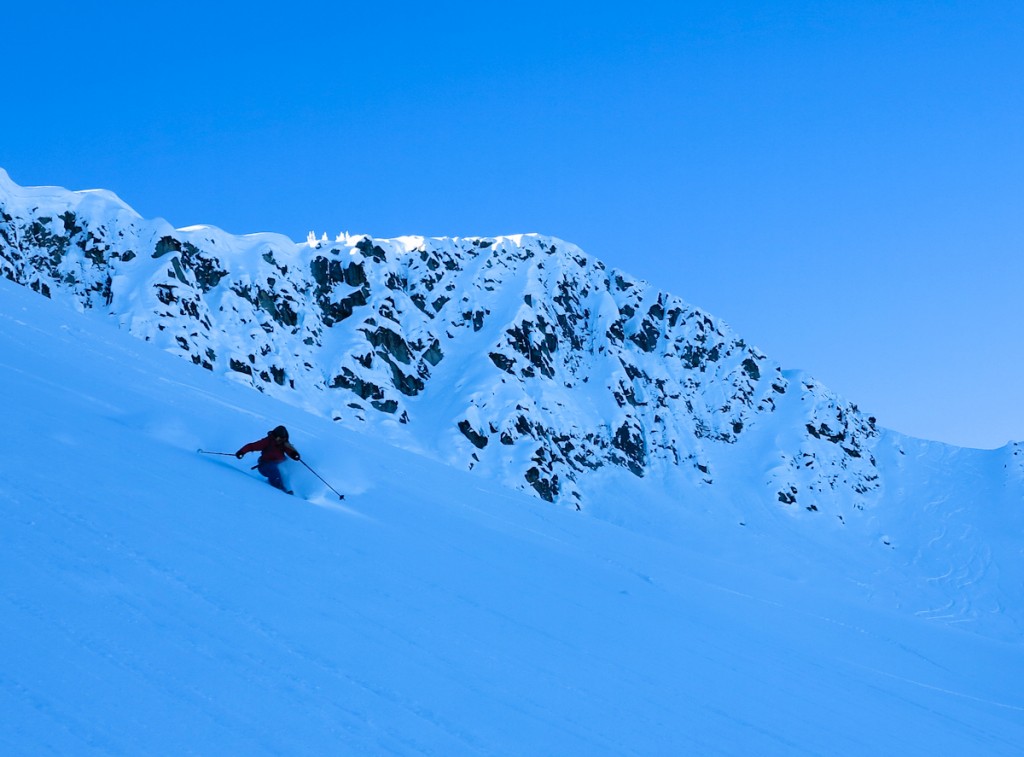 With a quick stop at Mile One we headed back to Whistler and chatted about the trips we wanted to go on this season. I can’t wait to get back out there and I’m stoked to be apart of the backcountry culture here in the Sea to Sky.

Get in touch
FAQs